Don’t Give Up, Don’t Ever Give Up

I lov basketball and always have. Every year, there is a tournament called the Jimmy V Tournament. It is named for Jim Valvano who battled cancer and eventually went home to be with the Lord; but before he did, he gave a speech that has continued to inspire millions. In it, he challenged us not to give up. “Don’t give up. Don’t ever give up.” I have never forgotten these words. They are etched upon my heart. Maybe you need to hear them, too.

I have hit times in my life when I felt like a situation I had been pleading with God to change hit a brick wall over and over again. I chose to believe my own personal experiences and let my thought process that has been engrained in toxic thinking dictate the future. I was negative, depressed, full of anger and unforgiveness. And wondered why God was not moving on my behalf. Looking back on it now, I will never know all the details or the whys of that miracle rescue.

And I don’t need to. One of my most recent and significant breakthroughs came. It took almost a decade, but it happened. It came in a wasteland beyond the desert of hopelessness and despair. Even through the boggy swamps of self pity and the scorched grounds of bitterness. Jesus came. When I didn’t expect it. When I had let it go and never saw a way out. When I had truly handed it over and given it to God then truly left it to Him. He came after me.

To the mom or dad who is struggling with life, marriage, kids, job, money, career and herself or himself.

To the parent who has a child that is not on the path they should be on, or doing things that hurt your heart.

To the one that has been struggling with health problems that have limited his or her life and freedoms.

To the kid who is hurting and feels like no one cares.

To the widow who is sad and feels alone.

Our Father believes in us. He cares about us. “Why am I in this situation?” I don’t know and won’t pretend I never asked Him that from my rooftop. The truth is He gave us His greatest gift, empathy though His own Son who lived in the thick of it.He lived rejection, disappointment, failure (perceived of course),  false accusations, and died for no reason other than it was His calling. And yet. He still gave us a choice whether or not we wanted to receive Him or not.

Be still. Know He is there. You and I do not go unnoticed like a college freshman dreams of  in his first semester of classes.

We decide that we will wait for the next puzzle piece to fall into play so we can grasp a better idea of the path God wants us on. We forfeit the whole picture to see the relativity of the ones we are given now. Someday it may make sense, but it may be awhile. In the meantime, 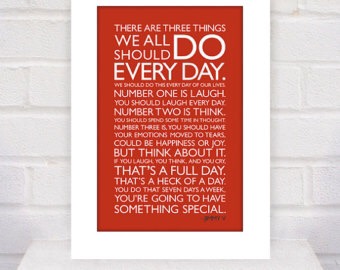 Don’t miss the gorgeous for the beautiful. Stop letting the winds of comparison knock us down and be confident in the gifts and talents God bestowed upon us. I wonder what would happen if we actually loved and lived like this. If we were rooted in our salvation, which is our identity in Christ. I wonder how much would change externally….but I am more concerned about how God can change us from the inside out. 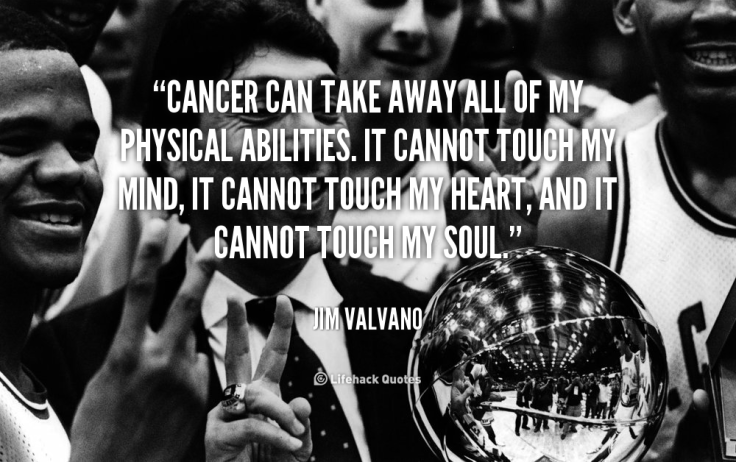 You never know how close you are to a breakthrough, or a miracle or a divine encounter for you. Just finish your race. Sometimes it takes until the end. Other times, it doesn’t. Sometimes, it’s nothing short of a miracle.
Photo Credits:
http://personalexcellence.co/quotes/tag/jim-valvano