Disappointment. We all know it, feel it, face it, endure it, change because of or in spite of it, and fear it to some extent at some point in our lives. It is defined as:

“the feeling of sadness or displeasure caused by the nonfulfillment of one’s hopes or expectations.”

Perhaps some of the most painful disappointments I have personally dealt with are spiritual. When God didn’t answer my prayer. When He could have stopped something and did not. Something I believed in and for did not happen. Basically, when I felt let down by God. My narrow field of vision would not allow me to comprehend what the overall plan for my life would be. As much as I begged to know about it, it seemed like I was just shown nothing. The enemy poured discouragement into my brain every minute of every day, and it was hard to fight off after awhile.

There were two men mentioned in the Bible after Jesus’ death and before His Resurrection  that knew the valleys of spiritual disappointment and hopelessness. They had believed that Jesus was the prophesied Messiah. Then, they saw Him die. Now, their dreams were crushed and they were probably frustrated with themselves and the entire  situation. Hearts that still were grieving the loss of their Promised One. Disappointed that they placed their faith in something and someone that seemed to have failed them on a deep, spiritual and personal level.

Nearing the end of that story, Jesus allowed them to recognize Him. Then, He disappeared. Imagine their overwhelming love, happiness and peace that was instantly restored. And their disappointment and pain turned to reverence and testimony to a sovereign God that brings good to all those who love Him. Jesus met them in their grief and their disappointment. He let them pour out their hearts of frustration and feelings of loss while trying to come to grips with the reality that their Savior was dead. They were too afraid to believe the women who had shouted He was Alive! Human expectations have never nor will ever be able to understand spiritual design. Especially if we’re the ones right in the middle of it.

But this story is one of many found in the Sword of the Spirit that gives us hope, renews our minds, evaluates our hearts and guides our future along the path of God’s will for our lives; but only if we choose for it to. As Jesus sought these two particular men out, we must seek Him. The best place to find Him is in the Book, phone, or tablet, or computer screen that contains His words to us. The Israelites of the New Testament. The ones He gave His life for.

The best part about the entire story, is that these two men became mouthpieces declaring that they had believed in the true Savior that was promised to them. They got to give first hand accounts to seeing their Lord alive. What a difference three days makes…

If that’s not hope, I don’t know what is. 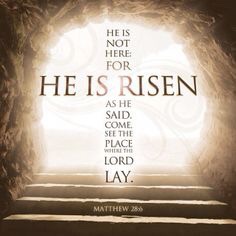 For more great blog posts and information about finding hope in spiritual disappointments, here are ones that I personally learned from in my journey. –  Nicky❤️